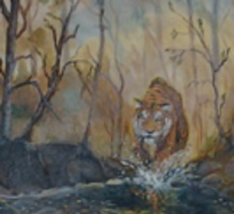 The definition of stigma is as follows: A mark of disgrace associated with a particular circumstance, quality, or person.

Now let's explore mental illness and stigma. People of all walks of life and varying levels of success have struggled with symptoms of mental illness. They are often faced with losing their careers and being ostracized by their community. Loss of family relationships is also a common factor in the personal cost of mental illness.

Fortunately, today we have celebrities exhibiting immense courage by publicly disclosing their own experiences and struggles with mental illness. Hats off to them...

"Your illness does not define you. Your strength and courage do."
-Mental Health America (mission)

"At the root of this dilemma is the way we view mental health in this country. Whether an illness affects your heart, your leg or your brain, it's still an illness, and there should be no distinction"
-Michelle Obama

"To not have your suffering recognized is an almost unbearable form of violence."
-Andrei Lankov

Mental Illness conditions - mild to acute will affect one in five Americans during their lifetime. This condition worsens due to social stigma. Mental illness or more appropriately stated mental health issues are a powerful enemy if approached by the majority in our society as a shameful condition. It is something associated with traditional slangs such as Looney, Crazy, Weird, Freak, Loser, Weakling, Psycho, and the list goes on.

Accepting these views as truth when they, in fact, stem from ignorance can cause immeasurable harm to the person struggling with a mental condition, Reaching beyond old and sterile views is the only answer. Embracing the fact that mental health conditions are fairly common and treatable like most other diseases. is the only hope for defeating the sometimes disastrous outcomes. If the masses are not educated on this issue, many of those in need will continue to mask their suffering and hesitate to seek help. This is a sad reality for many struggling with a chemical imbalance and their families. Speaking out about mental illness is a powerful tool to end the 'taboo'. We can all make a difference by educating one another.

Traditionally, mental Illness has been considered a defect due largely to an inadequacy of some kind and therefore the fault of the person afflicted. In some cultures, mental illness is believed to be the mark of demonic possession. Yet in ancient Greece, these challenges were assumed to be related to physical ailments. A simple and competent approach to a complex condition. It is important to remember that individuals experiencing thoughts of suicide experience mental duress due to a chemical imbalance and are not weak or cowardly. The rate of suicide in our country is staggering. It is the second cause of death among individuals ages 10 – 34. NIMH.NIH.GOV

NAMI of Broward County has introduced a new program for ending the silence called “In Our Own Voice”  in which a young adult living with mental illness speaks to middle and high school bodies along with a NAMI leader to promote awareness and recovery.

Those who seek help and have a documented history of treatment from a mental health professional often encounter cynicism among law enforcement professionals. At times people with genuine concerns and complaints of mistreatment are not taken seriously due to the stigma of mental illness. This makes mental health patients a vulnerable population often imperiled to abuse. Even those stabilized by medications may be subject to unreasonable scrutiny.

Many crime dramas depict their most vile criminals as mentally ill. While this storyline is great for ratings, it also promotes a belief among the populous that violence and malevolent behavior is related directly to mental illness. The truth is that these majority of people are not violent nor prone to violence. Refer to  NCBI  for more information.

Fortunately, with help from the International Crisis Intervention Team, a training model for law enforcement professionals has been implemented across the U.S. to provide those in crisis access to proper medical services and avoid incarceration. With the help of legislators and the public, we can abolish the legal prosecution of those in need of assistance.

It is very difficult for anyone to contend with a mental health problem while at the same time create the appearance of normalcy. In a day of so much advanced knowledge, a person should not feel a need to hide a problem as serious as mental illness. Mental Health America has developed an initiative called B4 Stage4. This is the concept of preventing the escalation of mental health conditions and the need for crisis care and to treat these issues in the same manner that we treat cancer or other serious illnesses. The amount of time it takes for treatment from the onset of symptoms is ten years. That is ten years of distress and contention during the lifetime of someone afflicted with a chemical imbalance.

If we seek to abate mental illness stigma in our society, we will have greater hope for healthy and happy lifestyles, unencumbered by fear and feelings of helplessness.